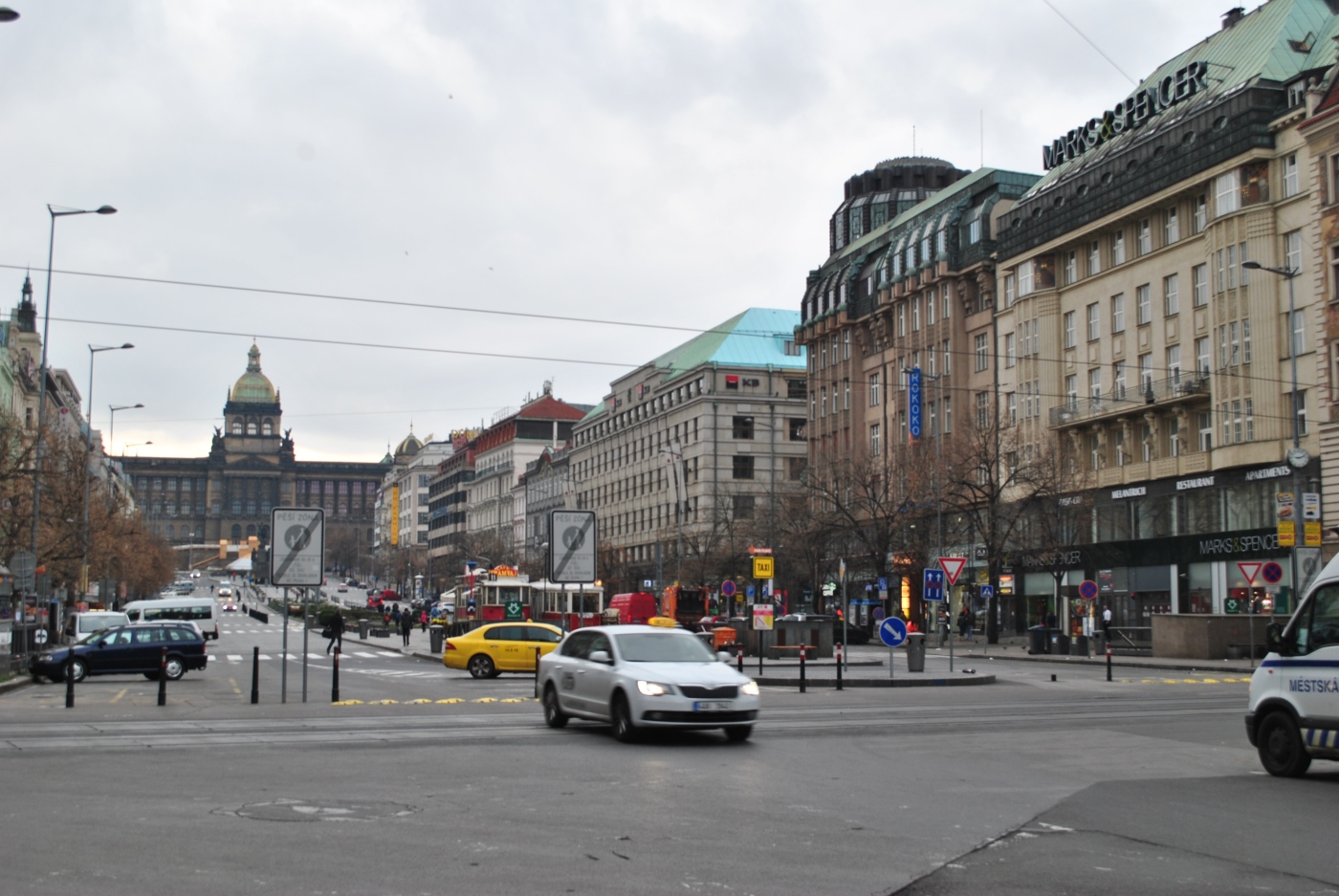 I won’t even apologize for the terrible pun in the title.

After studying abroad in Spain for a semester, I returned to TCU for my senior year with a terrible case of wanderlust. It’s a disease, really. But I never want to be cured of it 🙂 Fortunately, I did not have to wait long to get back to wandering Europe. My Model UN team (the coolest, nerdiest student organization ever!) traveled to the Czech Republic for a conference over Thanksgiving break my senior year. The conference actually took place in a small town called Olomouc, but to travel there, we flew in and out of Prague. I did not have too much time in Prague, especially since our flight out of Dallas was delayed, but nevertheless I enjoyed exploring my first city in Eastern Europe.

After arriving late in Prague, we were ready for walking and dinner, so we headed to Wenceslas Square. As I walked along the streets decorated for Christmas, I felt a sense of adventure and relief as I was once again “home” wandering European streets. The first night, I will admit, our group ended up at an Italian restaurant, because it was late and we were looking for a place big enough to accommodate our group. Funnily enough, I ate a variety of ethnic foods in the Czech Republic…Italian, French, Indian… in addition to Czech. 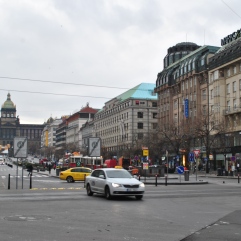 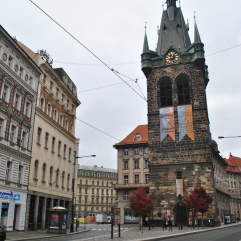 The next day, our group walked around the city together. We visited the Astronomical Clock in Old Town Square, crossed the Charles Bridge, and saw the changing of the guard at the Prague Castle. At a chocolate shop, we tasted deliciously rich hot chocolate to warm up–the Czech Republic is freezing in late November! My time in colorful Prague was certainly limited, so this little taste has me eager to return. 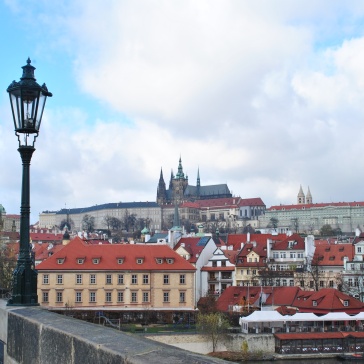 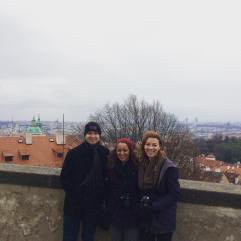 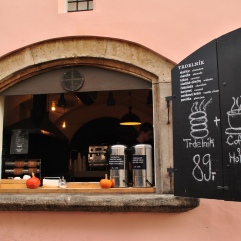 We took a train (that was more or less the Hogwarts Express) to Olomouc the following day for the conference, and when it was time to return to the States, we were able to enjoy one final evening in Prague. A couple friends and I went to a French restaurant for a delicious dinner of strawberry-filled dumplings and wine. We spent the rest of the evening drinking mulled wine and perusing a Christmas market outside the St. Vitrus Cathedral, where I found some beautifully painted ornaments to take home to my family. Walking near the Charles Bridge at night, the four of us just took in the the scene and discussed everything we love about traveling, and that felt like the perfect way to conclude a trip.

The jet-lag after 10 short days in Europe during which I had to apply to doctoral programs? Not quite so perfect. But hey, I made it to grad school, so it worked out! 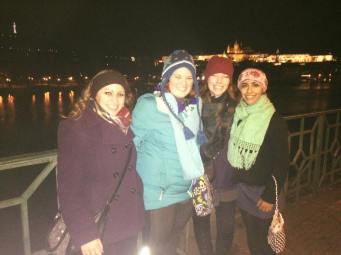 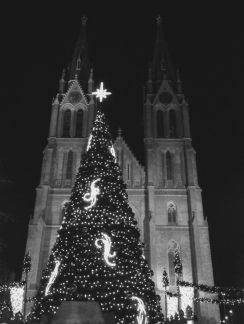 One thought on “Czech it out: Prague, Czech Republic”